This article analyzes the 2011 reform of the Spanish Insolvency Act emphasizing on certain matters regarding its actual application in the context of refinancing of Spanish companies prior to the commencement of any insolvency
procedures.
The outcome of the reform relating to debt refinancing is twofold. First, it provides with a better legal security framework to some of the institutions born under the previous regulation such as the insolvency communication and
the applicable regime to refinancing of either companies or groups. Furthermore, the 2011 reform modifies certain existing institutions (e.g. refinancing agreements) as well as introduces certain landmark provisions, including the scheme of arrangement passed by court ratification and the so called “fresh money” privilege. Notwithstanding, the reform has not been both accurate and thorough enough to facilitate a straightforward market practice.
However, it is important to pinpoint the introduction of certain well-known institutions imported from common law into the traditionally non very dynamic Spanish law that aim to make available different ways to finance insolvent companies. The granting of certain financing privileges (i.e. the fresh money privilege) as well as the acknowledgement of mechanisms that extend the effects of the refinancing agreements onto the holdout
creditors (i.e. the scheme of arrangement passed by court ratification) really pursue that goal. Although such institutions undoubtedly mean an evolution of the Spanish insolvency regime in terms of both flexibility and variety of resources, the legislative technique used may imperil their best application.
Finally, this article scrutinizes the new rules applicable to creditors’ voting rights in the creditors’ meeting and the removal of the existing voting rights prohibition to entities that purchase distressed debt, provided that such entities are subject to financial supervision. 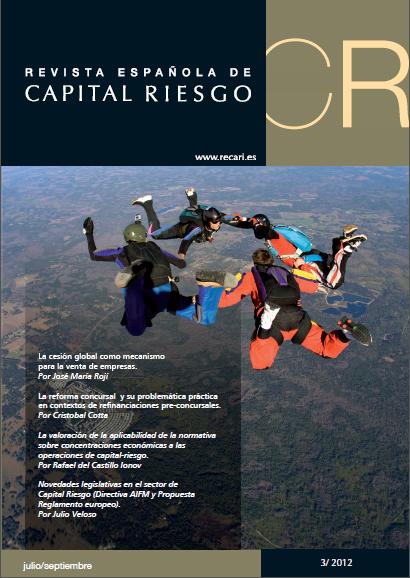